Posted at 13:33h in Featured by Assistant 0 Comments

Forty Thieves owners; Shyr and Brent chatted to Renee from Stuff.co.nz about what inspired them to start Forty Thieves, and shared some other ideas that came first. 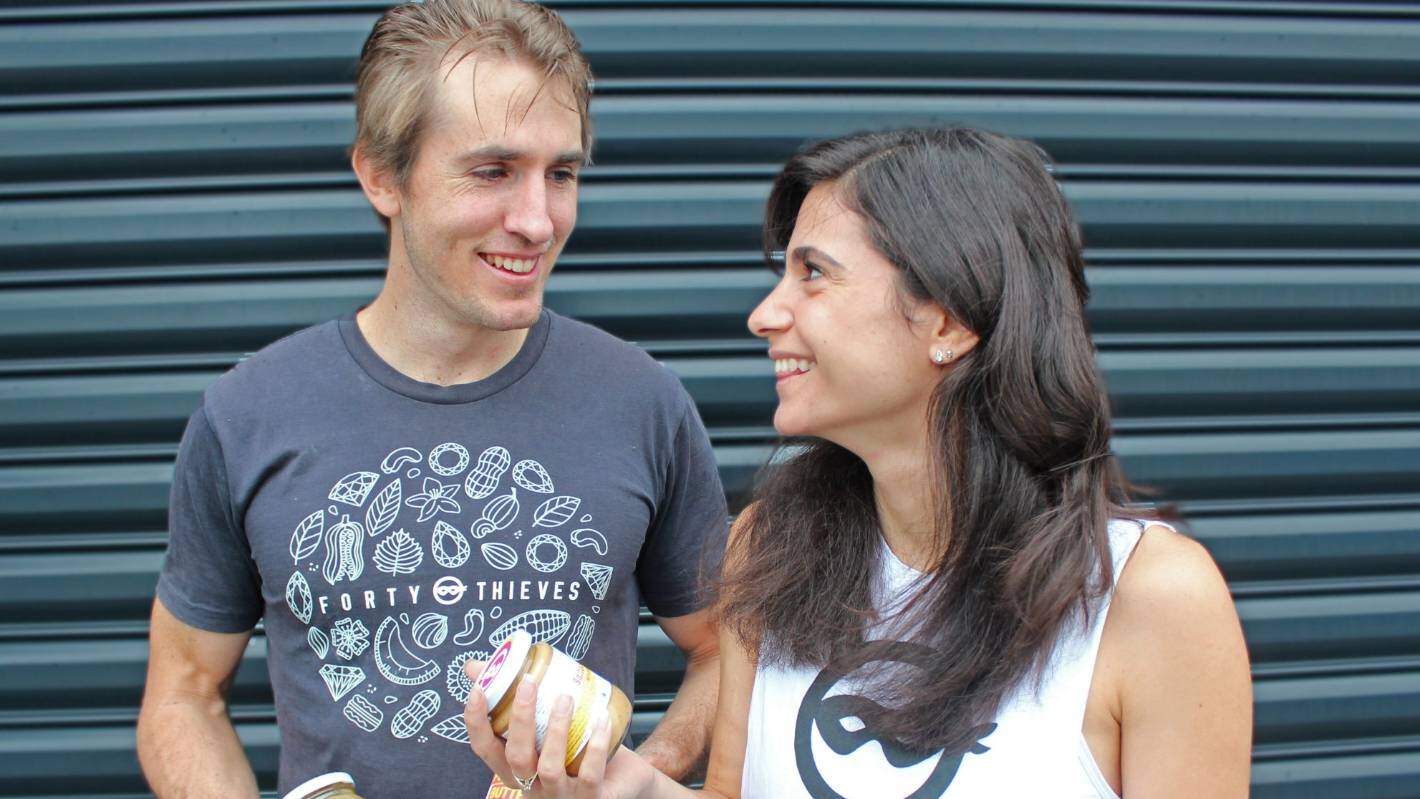 “Shyr Gelber and Brent Godfrey take pride in their nut butters being 100 per cent natural with no added preservatives, additives or refined sugar.

After deciding the corporate world wasn’t for them, a north Auckland couple decided to go nuts, spreading their luxurious butter around New Zealand.

The Hibiscus Coast’s Shyr Gelber, 29, and Brent Godfrey, 34, had been living in Sydney for eight years working in the corporate industry before realising it was not for them and that they would try out something different.

One morning they decided they had had enough and would pack up and travel the world before heading back to New Zealand to be with family.

Before they knew it they had travelled around 16 different countries for eight months and were back on the Hibiscus Coast with their bags, no jobs and wondering what to do. The pair knew they were not going to step back into a corporate environment and had the idea of starting their own health food brand, as they liked to live a healthy lifestyle.

“While we were travelling we stopped at a hummus cafe in Israel and thought we could come up with a similar cafe. But when we started to make the food we realised we were definitely not chefs and were way out of our depth,” Gelber said.

In the process of the idea, the couple brought a mill to make tahini for their hummus and thought if they were not going to be using it what else could they use the it for.

“We started playing with the idea of nuts and making peanut butter and everything evolved from there,” Godfrey said.

Soon after, Gelber and Godfrey were unlocking hidden gems and running their own business, Forty Thieves.

Two years in business, the power couple have won two awards, moved into their own space and kitchen, and stock their product in more than 70 stores around the country.”